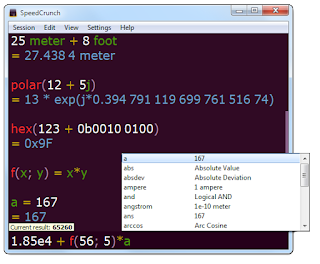 Almost 3 years and 700 000 downloads later, here's the core new features of this release:

If you're curious, check out the complete list of enhancements and bug fixes. Or go straight to the downloads page. For better productivity, learn about all the user interface quirks at your disposal.

MacOS users: please note that a download is not yet available for you. If you can help us with that, please get in touch. (download is now available, thanks to Samuel Gaist).

Don't forget to report issues or request new features in our tracker. See more ways to contribute in the Help menu on the new website. Please help us release 1.0 as quickly as possible. Have a look at what's planned already.

Massive thank you to Teyut, Pol Welter, Felix Krull, Hadrien Theveneau, l.inc, all the translators at Transifex, and the folks over at Portable Apps (for representing a nice chunk of our user base).

It's not dead yet. It's now been over four years since the release of 0.11 alpha and it couldn't unfortunately have been any different. But today I'm finally able to offer you the minimum feature set and quality that you've been waiting for.

Oh-Eleven brings you syntax highlighting on the result display, predefined color schemes, instant function usage help, digit grouping (thanks, Tey), new languages, a slightly redesigned formula book with new sections, lots of visual perks, and a new icon (by yours truly, who decided to take an adventure in vector graphics). You can now include comments in the expression - everything after a question mark (?) will be ignored and highlighted differently. Finally, bot comma and dot are now accepted as radix characters. Check the complete closed list of enhancements and defects.

Now for some bad news for some of you: the virtual keypad is gone. The reason for this is that it goes against the SpeedCrunch philosophy and main goal - to be a keyboard-oriented, fast to use scientific calculator. The old keypad was both ugly and not very functional. I'll consider re-adding a keypad in the future IFF a significant user base asks for it and a good and scalable design is found. I see this feature in the same category and usefulness as RPN support.

I'm already thinking about 0.12 (or 1.0) and the features that should have priority. One of them is the long awaited ability to define user functions. Thanks to Tey, we're getting there and it will certainly be available in the next version. But for now, I hope you'll enjoy and find this release useful. Grab your Windows or OS X package from the usual place, which has just been heavily revamped. Linux users will have to wait for their distribution to update their included version.

Would like to help the project? You can translate it, file a feature request or bug you found, or contribute with source code.
by Helder Correia 170 comments:

It's long long due, but I finally got a small amount of available time to release this test version. If the term alpha does not ring a bell for you, please be aware that it might contain numerous bugs.

Although it should function quite well for the majority of users, the goal of this release is precisely to give people a new version to play with and report back the issues encountered during usage.

You can give us feedback through our mailing list, but if you are sure about the existence of a bug, please fill it on our bug tracker.

I apologize for the lack of a proper and up-to-date change log, but you can check most of the changes here. And these are the issues still to solve and targeted at final 0.11.

For the many people who requested business-oriented built-in functions, sorry for not having worked on it yet. I haven't forgotten about it though. Will try to include them for the final 0.11, but can't promise. Also, there are some old requests still not implemented in this version, so if your particular wish matches that case, I'm sorry for that.

Special thanks to Alessandro, Andreas, Ariya and Wolf, who help me in keeping this project alive despite the slow progress in the past year.

Only the links are missing:

I hope that the new features, user interface tuning and new translations please you, as well as the bugs fixed. If not, please let us know your thoughts.

SpeedCrunch Success as a Portable App

SpeedCrunch has a Windows Portable Edition (as in "carry-with-you" or "no-installation-needed") since version 0.10. The lastest release, 0.10.1 (May 24), has a Portable Edition download count of almost 11000 as I write this (source).

But since August 22, our fellow folks at PortableApps.com have incorporated SpeedCrunch in their distribution (page). This is absolute good business for us, since the download count is at this moment a bit above 47000 (source).

This is quite impressive and gives SpeedCrunch yet another boost, since it basically doubles our Windows (installable and portable together) download rates for 0.10.1. A big thank you to portableapps.com!
by Helder Correia 2 comments:

Being really tired to code anything on a Friday evening while the TV tries to force me to watch Dick Tracy in vain, I decided to do a web search on reviews about SpeedCrunch.

I was surprised with the amount of recent articles about 0.10.1, complete with screenshots and non-copied-and-pasted text. I quickly found some 20 posts, and that was just looking for pages in English, Portuguese and Spanish. Articles in Spanish and Brazilian Portuguese are quite common for some time (thank you everybody responsible for that!), but today I got really touched when I found a very nice page with a review from someone from Portugal for the first time. The feeling is even bigger when one lives outside the home country.

I haven't found a review saying SpeedCrunch essentially sucks so far, and the opinions are actually VERY favorable. On top of that, readers often comment on those pages thanking for the divulgation of such great alternative free software. The voting score is also generally the highest possible.

So in addition to blogs, some of the websites were software aggregators that actually host the application files (they don't just link to our download page). That was when I found out by summing the few that I visited, that I could add at least 10 000 downloads to our counter (which is currently around 22 000, just for both Windows options). Well, considering all the websites that I didn't visit, and that every download eventually results, in average, in the sharing with the whole family / friends / office mates / class mates / you-name-it-group-of-people, I truly believe that the current amount of users (again, just for the Windows versions) can be, at the very least, 100 000.

Since SpeedCrunch is also available on almost all the most popular Linux distributions, and especially considering that it is shipped as the default desktop calculator in Kubuntu, the total number of users is probably extremely interesting for a project that started only as a toy and a proof of concept, and has always been a 1-2 active men project (active as in when the rare spare time after the real job and private life allows). The recent recovered support for the OSX platform also contributed for the increase of total official downloads, which surprised me a lot, to be honest.

Finally, it's also very gratifying to read Wikipedia pages mentioning our beloved pet project, on articles like division by zero and arbitrary-precision arithmetic. All of these factors are quite important in order to keep the motivation levels high and refuse to stop improving the project because nobody really uses it or really cares.

It's fairly easy to start a free software project, but maintaining it is a hell of a trip. On activity peak times, you can't just stop coding until you reach a certain satisfactory level of features and stability. After that period, you run out of ideas and free time. So people suddenly come to you and complain about bugs or features that MUST be there, otherwise the product is useless and the author a jerk. This can easily lead to the extinction of projects, which is probably the most common destiny of them all anyway.

Developers must then learn how to ignore destructive comments and incentivate constructive ones, instead of starting flame wars, stalling the project and wasting precious time. Feature suggestion and bug reporting are two essential and determinant factors that only the users can do, and will definitely contribute for the survival of a project. I imagine that if what has been happening with the KDE Plasma project lately happened with a "small", innocent and unpretentious SpeedCrunch, the application would probably have frozen in time. All because ingratitude and destructive positions send real contributers' motivation to the void.

So thank you for being there and keeping this project alive and kickin' :)
by Helder Correia 9 comments:

It took much longer than it should and than we all wished, but finally here it is. SpeedCrunch 0.10.1 is a maintenance release that aims to fix a couple of annoying bugs present in 0.10, as well as introduce new translations and polish things even more.

So finally the virtual keypad "=" button works again, the previous and next math book navigation buttons have been fixed for the Hebrew version (for those who don't know, the left arrow means "forward" instead of "back" in right-to-left written languages), and the unmask function does not crash anymore.

Since I'm a language and translation lover, I'm very glad to announce the availability of Simplified Chinese, Basque and Catalan translations. Best thing since the Hebrew translation :)

For the geeks, a detailed changelog is available, as well as the list of closed issues in our task tracker.

I kept the cherry for the end: a big thank you to Alessandro Portale for providing the first Apple Mac OS X universal package since version 0.7, and Christian Ehrlicher for providing faster and smaller Microsoft Windows packages.

Go get it! (and before you ask, the new screenshots were created by Ariya's new pet project)
by Helder Correia 5 comments:

Crunching on the Mac

A few weeks ago, Helder showed me SpeedCrunch in all its splendor. I was immediately convinced that this has to be the open source cross platform desktop calculator. But wait... what's that!? No up-to-date OSX package? Just having learned about SpeedCrunch, I immediately felt bad for all the OSX users out there being excluded from all the new features.

Having basic OSX experience, I decided to jump on the boat and create fresh OSX packages: Universal binary, compact and using the latest Qt. SpeedCrunch 0.10.1 will already come with a new OSX package.

You are welcome to test the preview version. Please let me know if something went wrong. I am for example not 100% sure if it runs on OSX 10.3.9.

If you like to build an OSX package yourself, just follow the instructions.
by Alessandro Portale No comments: